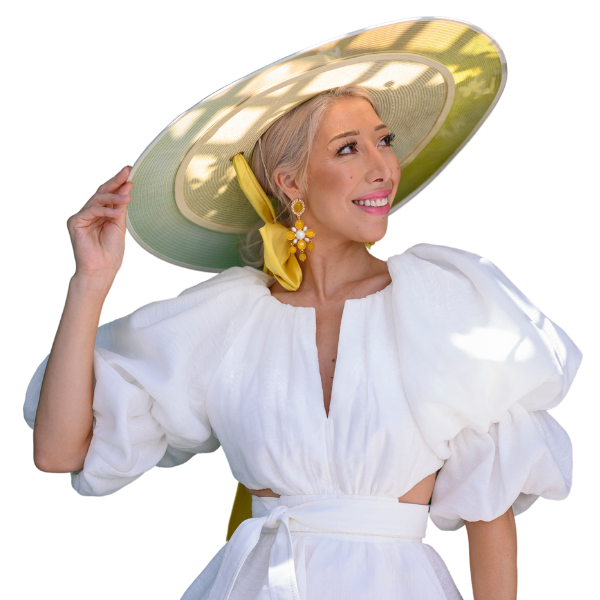 Classic contour meets modern chic! Tutor Stephanie Spencer shows you how to take your boater hat game up a big notch. Kick-off with the basics of wide brim boaters then progress to adding a transparent crinoline brim extension (Stephanie’s signature) and finish with graceful silk sash and optional bow trimming. Learn methods that promise you a perfectly finished hat every time so you can confidently offer your clients this classic design with a modern twist. 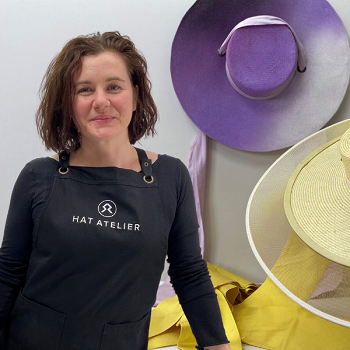 With a style known to be playful and polished designs that float between millinery and artistry, Stephanie Spencer is one of the most sought-after Milliner's in Australia.

Her pieces showcase her infatuation with forms, colours and textures constructed through traditional hand sewing, embroidery, and painting techniques.

Stephanie has collaborated with designers including Toni Maticevski and Romance was Born, has featured on numerous Vamff runways, and has graced the pages of VOGUE, RUSSH and Elle magazines.

Our course includes everything you need to create the perfect brim extension boater hats. 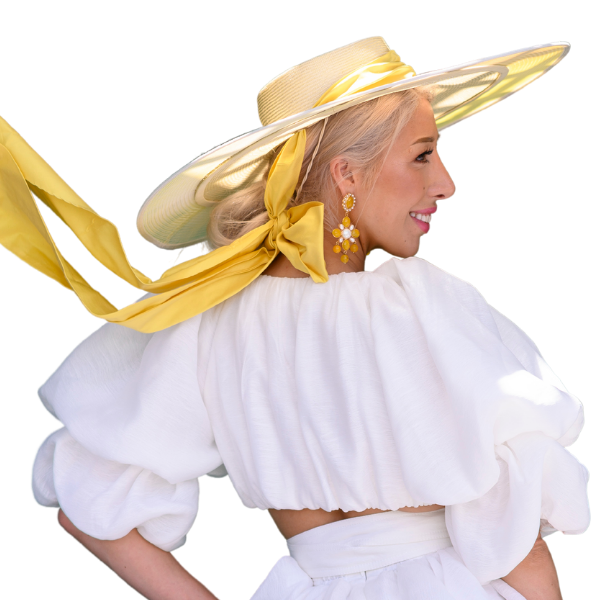 WHAT YOU WILL LEARN

Elevate classic boater hat styles as you learn all the tips and tricks to create spectacular designs under the guidance of your talented tutor. Perfect the finish with Stephanie’s tried and tested techniques and be inspired by the styling potential of classic boater hats.

Learn Stephanie’s signature style. Discover essential techniques to manipulate crinoline into a brim extension, while ensuring it sits perfectly even around the brim edge. This addition boosts your styling prowess beyond the basic straw hat, giving you and your clients a wider array of options.

Transform your boater hat with a swish silk sash and, if you fancy, an incredible bow. Learn the ropes from fabric prep through to attachment and styling. With wicked sash and bow skills under your belt, you can draw from infinite colour and style options to change-up your boater hats.

All of our courses are designed for beginners, with no experience necessary.

Expert support at your fingertips

Learn at your own pace

“I want to say a huge thanks to Rebecca for this amazing course.  I was pretty much stuck on blocking leather crowns and you just made my millinery world so much easier to make them. Such great detail in the tutorials and step by step that made me feel so much better in my work.  Also love how I can find where I was last up to and can go back to the section I really wanted to go back to, which has made it way much easier than any other online millinery tutorial platforms.”

“Thank you so much, we loved the two courses we took – Floating Headpieces and Iridescent Millinery. Thoroughly enjoyed the courses THANK YOU.”

“AMAZING COURSE! I just loved this course!! It is so complete and offers so many possibilities!! Rebecca explains everything so well and the course is divided in small videos which makes very easy to go back and see again just the part that you need… I so much recommend this course!!”

“I just loved this course and love the end results. So easy, so feminine and stylish! I’m excited to get started with making a lot of these beauties! I’m always so happy to learn under Rebecca’s guidance, she really is a master in her field and I’m looking forward to seeing future designs!”

“Wonderful course taught by Giulia, very happy with my silk flowers, even though I didn’t have all of the tools I was able to improvise to create beautiful flowers, which was brilliant. Her step by step instructions were easy to follow and understand. Would definitely recommend this course, thank you and look forward to any further online courses from Giulia.”

“This technique is amazing, the result is beautiful and can be used for a variety of projects. The steps are easy to follow and the materials are not hard to find. I loved it.”

“Wonderful Headband course presented by Rebecca – so easy to follow, clear instruction and I love the way the course was broken down into the different elements so you can find things again without have to search through the whole presentation. Can’t wait to get started, very inspirational. Thank you.”

“Amazing course loved it! All the techniques explained in detail in order to create breathtaking feather headpieces.”

“I feel like a whole new milliner after working with you. I feel so much more confident, I’ve got a totally different outlook on my work. It’s been the best thing for me and now I’m at my busiest time with a great new outlook!”