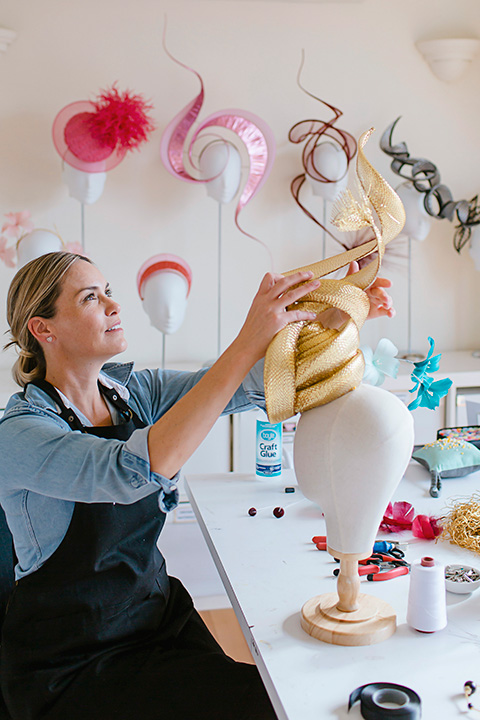 Millinery is a practice that has been around for hundreds of years. This age-old art and craft hold a sense of reward for the individuals who practice it. A milliner, a word that initially referred to an individual who resided in Milan, Italy, is a person who specializes in making beautiful headpieces and hats for women to adorn and wear to special occasions, events, and parties.

At Rebecca Share Millinery, millinery is a specialized art form highlighted throughout every piece directly crafted by Rebecca’s hands. Her technical and signature designs have been showcased in several differential award shows and magazines, showing her direct expertise in the art form itself. Rebecca share’s her knowledge in hat making and millinery with other individuals who have the exact yearning nature to learn a new craft and expose themselves to a creative and fresh hobby. Within this article, the millinery academy at Rebecca Share Millinery will explain what is precisely meant by millinery and provide a comprehensive introduction into the art form and craft itself.

The term millinery refers to all of the different components that go into the art of women’s hat-making. This includes the design, manufacturing, and sales of the hats themselves. Milliners utilize their specialized skill sets to create beautiful and glamorous hats for women to wear to special occasions, including Royal Ascot, the Kentucky Derby, and other incredibly fashionable and high-class events. Milliners are known to distribute and sell their handcrafted treasures in millinery shops, which are distinctively designed and dedicated to fabricating and disseminating women’s hats. The hats can be adorned in many different trims such as traditional French flowers, bows, veiling, feathers, leather, beads and so many colourful, dramatic and eye-catching creative elements.

Millinery can be produced for bespoke clients to match their outfits, for brides that want a special hair accessory or face veil, for Fashions on the Field entrants at prestigious race days and even for international celebrities that require headwear for part of their concert tours. There are so many end uses for hats, headpieces, veils, headbands and high end designer Millinery pieces.

Now that you know and understand precisely what millinery is, let’s take some time to discuss the different styles of hats and headwear pieces made by a milliner.

Different Styles of Hats and Headwear That Can Be Made Through Millinery: